This build is great for both workstation/gaming workloads and can handle most gruelling workstation tasks or most AAA titles thrown at it 1440p at >60 Frame rates.

We are going with Ryzen and to address current AMD vs Intel debate, AMD Ryzen 3rd generation delivers bang for a buck performance, it handles workstation workloads better than it’s intel counterparts due to higher core/thread counts.

Talking about the Ryzen 7 3700x is beast of a processor, with 8 cores going to a boost clock of 4.4GHz, it should provide the build ample muscle power to chew through most modern day workloads as well games thrown at it. The USP is AMD has kept the TDP at 65W which is commendable. The new Zen 2 architecture with 7nm Fabrication process has really taken the power consumption low for such a high core processor.

Since it’s the unlocked version of 3700 Kraken X62 cooler should help with modest overclocking if you are into overclocking but you should have no issues at stock settings.

Ryzen likes fast RAM (G.Skill Trident Z RGB 16 GB) would give just a bit of extra frames while gaming due to higher clocks with some RGB goodness.

The Gigabyte X570 GAMING X has PCIe 4.0 which is the upcoming PCIe standard and should help you with coming years GPU and Storage upgrades.

The M.2 Connector is PCIe 4.0 which should theoretically give you a good amount of bandwidth boost from last gen, but the disks providing that would arrive in coming years.

The primary Samsung 970 evo plus should give you good read/write speeds ~3000MBs which allows you fast boot times and buttery smooth OS experience.

Your gaming library should be easily stored in 2TB barracuda drive.

The NZXT H510 ATX Mid Tower is a good looking no crap case. You would get ample amount of space to mount expansions into PCIe Slots.

and just a tinge of RGB from RAM DIMMs and and Kraken should get you the minimal RGB lighting going.

The total TDP estimate comes out at 409W so SeaSonic FOCUS Gold 650 W 80+ Gold is should give you ample headroom for future upgrades and SeaSonic are known for making Durable and high quality PSUs you can probably swap out this with a cheaper one but that would put your expensive, beloved parts at risk. 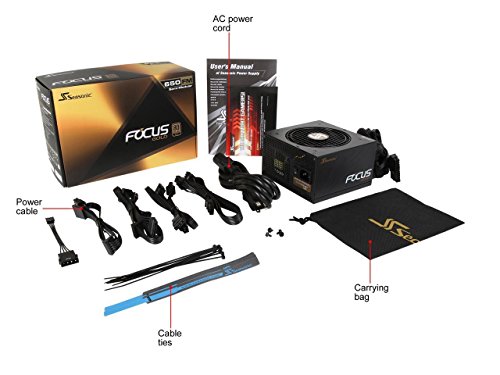